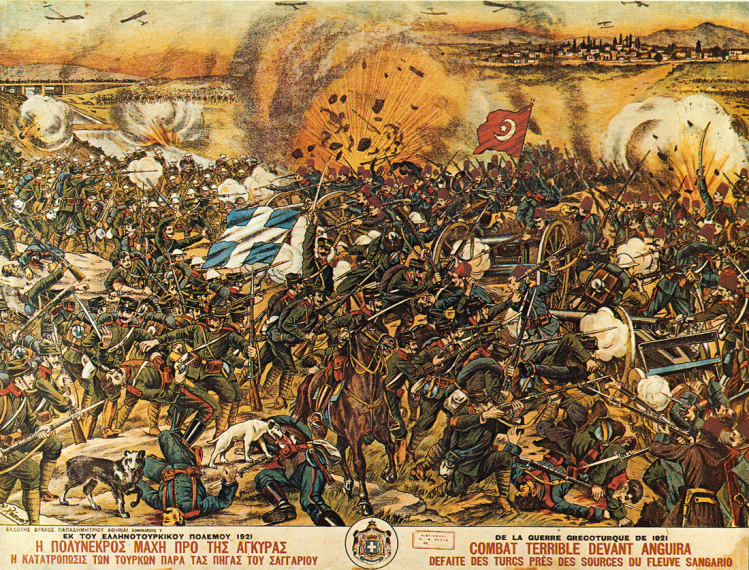 Every year on March 25, the country of Greece celebrates Greek Independence Day. Like elsewhere around the world, the day is marked with national pride, happiness, and is a special holiday to the people of Hellas.

This festive day also coincides with another celebratory event, the Annunciation to the Theotokos, the Greek Orthodox Church’s celebration of when the Archangel Gabriel appeared to Mary and informed her she was chosen to bare the son of God.

History Of How Greece Gained Their Independence

With the fall of the Byzantine empire to the Ottomans (Turkey), Greece fell under Ottoman rule in 1453. From that point forward, Greece produced small fractions of revolutionaries in an attempted to break free; however, each event resulted in the Ottomans beating out and disengaging the threat.

However, on what is reported as the 25 of March in the year 1821–things changed, by the hands of a bishop. This event rocked the Greek nation and sent them into a cry that mimics the one yelled to the British during the American revolution, “Freedom or Death” ( Ελευθερία ή Θάνατος – Eleftheria i Thanatos)

For it was on this day that Bishop Germanos of Patras raised the Greek flag at his monastery in Agia Lavras located in the Peloponnese. To this day, the monastery carries a symbolic representation as the birthplace of modern Greece.

By the end of March 1821–the Peloponnese had officially declared war on the Ottomans.

This lead to Greece’s first constitution in 1822. (there would be three more until they settled on the one they have today)

This enabled the whole of Greece ( From Macedonia to Crete) to rise up as well. Under the direction of the Greek general, Theodoros Kolokotronis they established a Navy to combat the Turks in the Aegean and trained anyone willing to carry a gun and fight for freedom.

Greece eventually took Athens, but by 1827 she had returned to the Ottomans, along with most of what Greece had won, with the help of Ottoman commanders from Egypt.

This sent shock waves across Europe and other countries could no longer remain objective to Greece’s struggles. Thus, the United Kingdom, France, and Russia all came to the support of the Greeks.

With their newfound help, the Greeks stopped the reinforcements from Egypt and pushed the Ottoman-Egyptians out of the Peloponnese. This gained momentum and the following year, Athens and other parts of central Greece had returned  to the people.

This concluded with a peace treaty, Treaty of Adrianople (or Treaty of Edirne), between Russia and Turkey that was signed on September 14th, 1829.

While the treaty did give Russia strongholds in Europe, thus weakening the Ottomans presence–it promised autonomy to Greece and control back it her people and in 1832–Greece was officially recognized as an independent state.

For the next 100 years, Greece slowly regained all of her territory to what it is known as today.

Other Facts Of The Greek Revolution

Like any country who is at war, terrible things occur. The Greeks where massacred in many of the Greek islands and places where there where heavy populations of Greek people, such as Constantinople. This lead to Greek settlements being completely wiped out. On both sides, most prisoners of war were executed and little respect was given for general civilians.

secret small fractions rose up, like the Filiki Eteria, who’s goals were to overthrow Ottoman rule, much like in American and Ireland during their fight for independence.

Revolutions birth local heroes who manifest themselves in the fight for Greece to have it’s own Greek Independence Day. The following people are known as Greek heroes for either financially supporting Greek soldiers (like Manto Mavrogenous), taking part in the fight itself, or for coming to Greece to fight alongside them despite not being Greek themselves (such as the English poet, Lord Byron).

You can read more about each one of these people, by going here

During the Greek revolution, Dionýsios Solomós, wrote the base for what became the Greek National Anthem

Below is Greek and English translations:

I shall always recognize you
by the dreadful sword you hold
as the Earth with searching vision
you survey with spirit bold
From the Greeks of old whose dying
brought to life and spirit free
now with ancient valor rising
let us hail you, oh Liberty

On this day in Greece, there are many festive celebrations that take place. If you’re traveling there during this time, please note that a lot of places and attractions will be closed. This includes transportation services and street access. It’s a day to enjoy the spirit of Greece and celebrate with the locals.

Many areas outside of Greece celebrate this day as well, including: Sydney,Los Angeles, New York, and Toronto.

Additionally, the president of the USA releases a proclamation to honor this day and encourage Americans to take part in the festivities,  “I call upon the people of the United States to observe this day with appropriate ceremonies and activities.”

On Greek Independence Day, why not be Greek for the day and try some of the countries delicious Greek  food. You’ll soon find this Mediterranean country, who’s been noted to have the healthiest diet in the world, produces some fantastic meals.