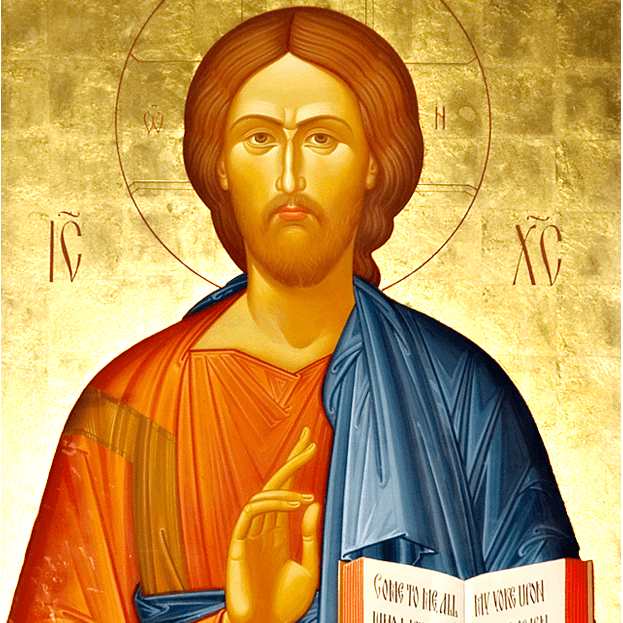 Why Is Greek Easter On A Different Day?

This is one of the single most asked questions when people wonder why I’m not celebrating the “normal” Easter:

“Because my Easter is on a different day.”

Well, for one thing – it’s based on the way of the old.

What do I mean by that. Well, Christian Easter is calculated using the current calendar system, called the Gregorian calendar. It was created by Pope Gregory in 1582 as an alteration to the calendar that the Greek Easter is based off of.  Up until that point, the  traditional calendar system, the Julian calendar, was used and was established in 45BC by  Roman emperor, Julian.

The Greek Orthodox decided to keep traditions and did not change how they calculated Easter when the newer system was introduced. Thus, the difference in Easters.

How Is Greek Easter Calculated?

Well, one of the main deciding factors has to do with the moon. The Julian calendar took notice and was influenced by moon changes, equinoxes, etc.

So, the Greeks will wait for the spring equinox to occur. Once it does, they look for the first full moon. Once the full moon happens, Greek Easter is the following Sunday. Since in the bible, dates were given in the same manner – The Greek faith keeps it as it’s base for their Easter.

Here are the following dates for Greek Easter.

What Do Greeks Do For Easter?

Well, it all starts with midnight mass. We all go and do the usual church activities–reading, singing, greetings, etc.,  We say (and sing) the traditional Greek Easter greeting,  Christos Anesti (Χριστός ἀνέστη)  which means, Christ is Risen.

If you say that to someone or they say that to you, you would reply with, Alithos Anesti (Ἀληθῶς ἀνέστη) which means,  He Has Risen Indeed.

At midnight, all the lights in the church go out. This darkness is supposed to represent evil. The Father lights a candle and says a prayer. Then, this one flame is passed to several candles and spread across the church, so everyone is holding a candle that was lit from the father’s original flame.

Once church is over, we head home and turn off all of the lights in the house. We then go into each room with the candle and sign the cross three times (Greek’s do everything in 3’s). This act is supposed to grant us good luck for the ensuing year.

In Greece, a feast would begin, but here in the states, we normally chat and then head off to bed–the feast begins the morning of.

Greeks don’t celebrate the Easter bunny–so no hiding eggs, etc., However, there is a Greek Easter egg game that is played (more on that soon).

The first thing I do when I wake up on Easter, is make the traditional Greek Easter Bread. I absolutely love this bread.

Next, there is Avgolemono, feta with olive oil and oregano, and of course, lamb lamb lamb (each link will take you to a different lamb recipe!).

In villages in Greece, they will roast Lambs on a spit in the middle of the town – but here, it’s done in backyards. The entire lamb is roasted.

It’s also a time to spend with family and loved ones. Since our Easter is normally on different days, our non-Greek friends come over and join in on the celebrations.

While Greeks don’t honor the Easter bunny nor hide eggs, they do color them and play a game–it’s just a little different.

For starters, all the eggs are dyed one color-red.  This is to symbolize the blood of Christ.

This year, Jane and I decided to try an organic method, since the egg dyes are normally chemical based.

It was pretty simple, and while they didn’t com out the normal dark red, it served it’s purpose.

To do this, it’s simple. We juiced 6 beets and then just added the hard boiled eggs for about an hour.
If you don’t have a juicer, you can chop up some beets, add a little water, and cool them to draw out the juices.
I would suggest just heading to a health food store and asking them to juice some for you. It’s a bit easier.

Once all of the food is done, we sit around with some Greek coffee and bring out these red eggs to play a game called,  Tsougrisma (τσούγκρισμα). The word means, egg tapping, and that’s exactly what you do. Each player picks an egg and you take turns tapping each others eggs. Pointy end to pointy end. The person who’s left with an un-cracked eggs wins and had good luck for the year! It just so happens that I won this year, so I’m pretty happy about that!

Once this is finished, it’s more spending time with loved ones and enjoying the company of others.

It’s a great Day in Greek culture and one we all look forward to every year.

I hope your Easter was a present one!