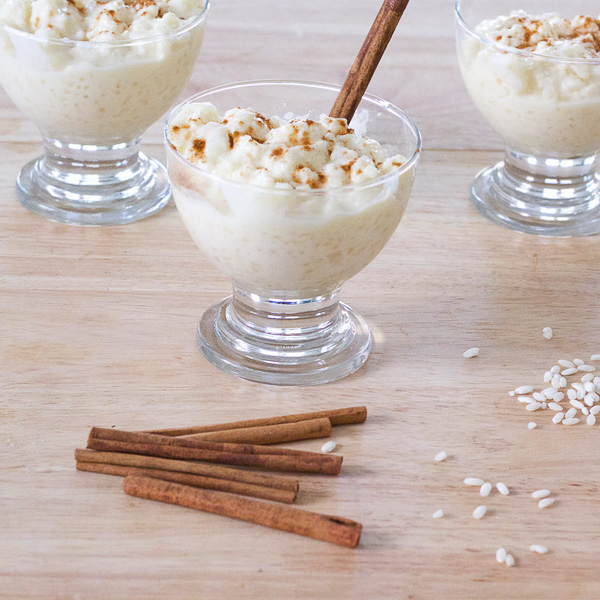 For those of you that don’t know, in addition to running this blog, Jane and I are the “Greek Food Experts” over at About.com. I use the term in quotations since that’s what we’re called, but can one ever really become an expert at something?

One of the biggest request we’ve gotten between both sites is this recipe. Greek Rice pudding, in Greek – Rizogalo – Ρυζόγαλο, is something we’d never wanted to make because, well, we didn’t think we liked it. I had it once when I was probably 5 and never had it since. It’s funny how that works. Can you think of something you don’t like? When was the last time you re-tried it?

For example, I grew up not liking onions. I despised onions. Then Jane and I started dating and she’s like, yeah- we’re adding an onion here and an onion there. She was just throwing onions in dishes like it was no big deal. What?? 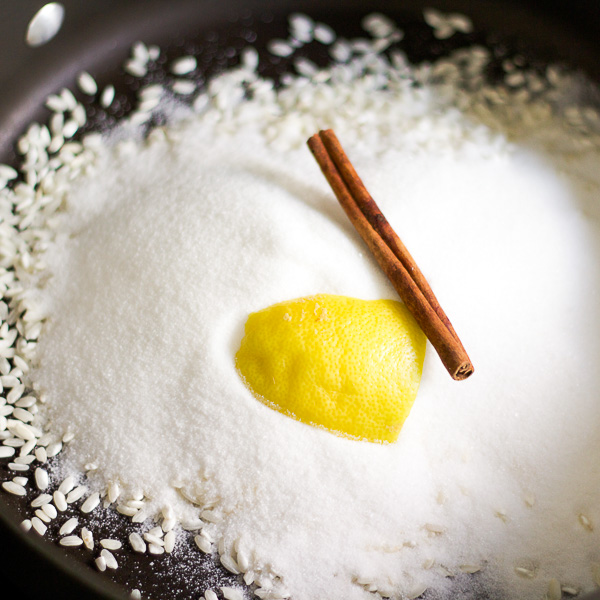 Then I had them and realized that I liked them. Now I’m the one adding them to meals. We suggest you pick a day and try something you’re not a fan of. Something you haven’t had in a long time, you may open the door to new flavors. This rediscovering of foods is one of our favorite parts of the blog. We are on a quest to explore Greek cuisine and create dishes using the flavors of Greece, sometimes it requires us to make things we don’t think we’d like, since this blog is for not only us, but our lovely readers as well. Rizogalo (Ρυζόγαλο) is a perfect example.

Below are some things we learned while making this rice pudding.

When we first started doing the research for this recipe, we learned that there are rice pudding aficionados. People who have all kinds of recipes, suggestions, tips, and methods of making this dessert. We learned that there is only one rice to use, Arborio (many find great success with various other short-grain rice, so go with what you’ve got).

Named after the town in Italy where it was first grown, Arborio is a short-grain rice that has a higher starch content than other rice. Okay, so what does this mean? Well, when cooked, all the starch within the rice releases, and this creates a creamy and chewy mixture. Hence, it is also the rice of choice for chefs all around the world when making risotto.

As we said above, if you’re in a pinch, you can use whatever short-grain rice you have, but note that since it may have a lower starch content, it may not be as creamy as it would be when using Arborio. Surprisingly, we found this rice at our local store, and from what we read online, most major markets will carry it. 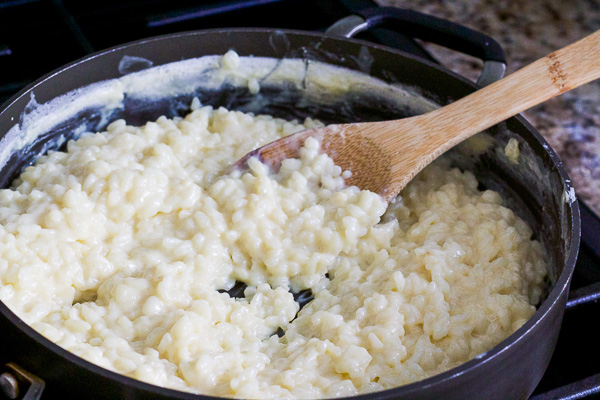 This rice pudding is a very active cooking dish. It requires special attention. In the beginning, when adding the ingredients and bringing to a boil, it’s easy, but towards the end, it’s in need of constant stirring every few minutes.

You also need to have milk close at hand to gauge when you’ll need to add more. A lot of people online complained that their rice pudding comes out too sticky or didn’t have the right texture. We made sure to start in stages, so that is why we recommend adding the milk in stages. You could add it all at once, but since we didn’t, we’re going with exactly what we did.

Just remember, if it becomes too sticky/thick, either while cooking or after taking it out of the refrigerator – stir in some milk.

Overall, we loved this Greek rice pudding recipe and the way is filled our home with the scent of cinnamon while it was cooking. I think it’s now one of our favorite desserts. We brought some when we went to visit my parents, and they loved it, too.

So whether you’re a rice pudding lover, or aren’t sure you like it, give this recipe a try, and let us know what you think of our Greek rice pudding aka Rizogalo (Ρυζόγαλο).

*Temper eggs: break eggs in bowl and whisk. Take some of the rice mixture and add it to the eggs, mixing well. Doing this insures the eggs won't curdle.
**Serving: if rice gets too thick while in the refrigerator, simply add some milk, mix well to turn back into pudding texture.

This recipe was adapted from: Food of Greece cookbook