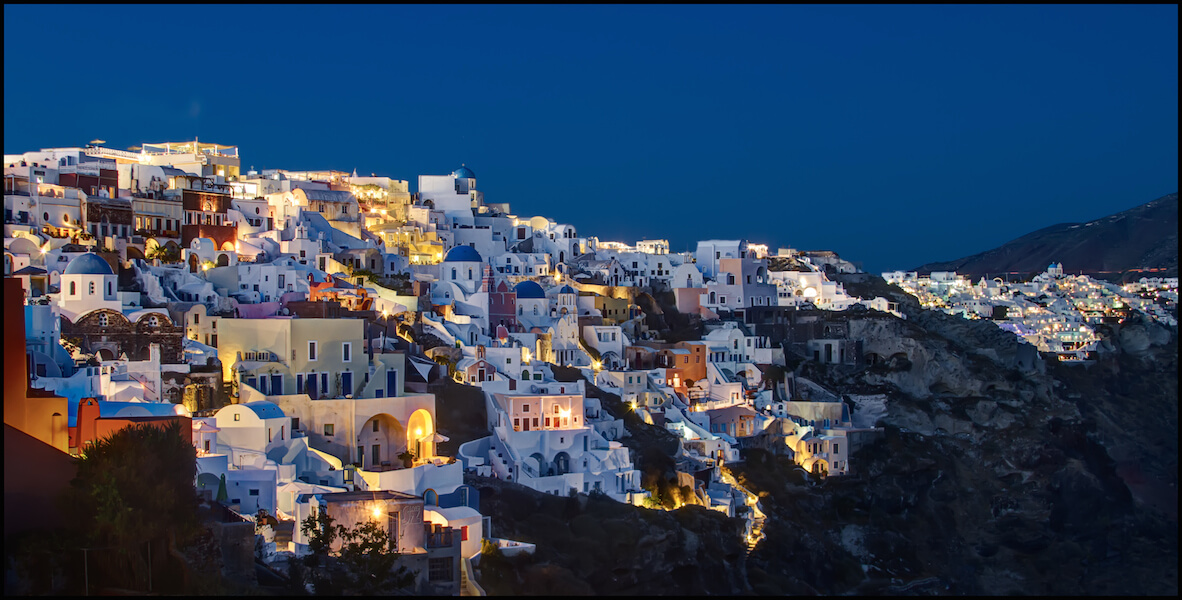 Anyone that has visited the Greek island of Santorini (Σαντορίνη) knows all about how unique and breathtaking this pristine destination is. Santorini, also known as Thira (Θήρα), is one of the more picturesque islands in all of Greece, highlighted by the distinct whitewash walls and blue domes. This small island was created by a volcano eruption that is believed to have taken place thousands of years ago. The results of the volcanic activity is an island that attracts millions of tourists each and every year. Here’s a brief background and overview of Santorini.

As mentioned previously, the island of Santorini consists of what was left after a monstrous volcano. This volcano changed what was once a typical island into a caldera-shaped land mass, which is similar to that of a volcanic crater. The famous town of Oia is considered to be one of the oldest settlements in all of Santorini, dating back to the early 1200’s, when it was founded at the beginning of the lengthy Venetian rule. Up until the early 1800’s, Santorini was under almost constant rule by other nations and empires, first the roman, then the Byzantines and lastly the Ottomans.

It was in the year of 1830 that the island was finally given freedom under the Treaty of London and was joined with that of Greece. While there have been devastating natural disasters on Santorini throughout its storied history, modern Santorini has been safe from most of these events, save for 1956, when an earthquake nearby the island destroyed a wealth of the buildings on the north portion of the island, including nearly half within the town of Oia. Despite this, the island has endured and become one of the most premier travel destinations in all the world. 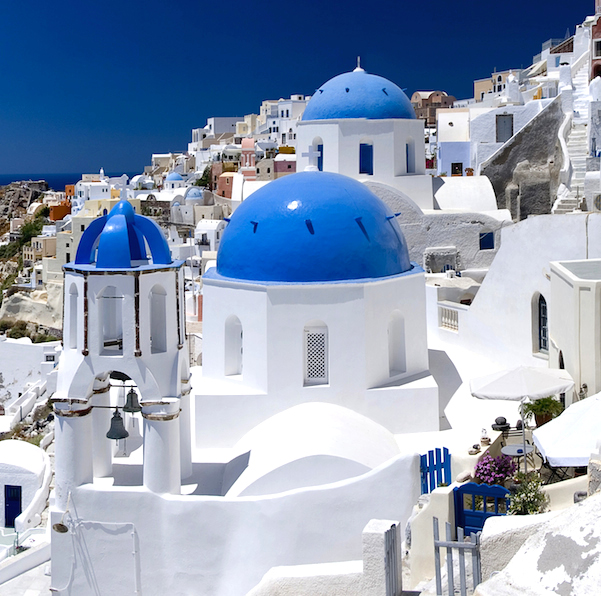 When traveling to the delightful island of Santorini, your eyes will be immediately drawn to the unique architecture they have utilized throughout most of their buildings, known as Cycladic architecture. This type of architecture is famed for its distinguishable whitewash walls and blue domes, complete with volcanic remains as its backdrop. There are a number of towns and villages situated across the island that utilize this form of architecture, which is most prevalent in the towns of Oia and Fira. Visitors will notice churches, mansions, houses and other beautiful buildings that were formed with the Cycladic architecture in mind. In fact, this very architecture is one of the primary reasons that the island of Santorini is so popular with tourists during the holidays.

It’s important to note that the reason the buildings are white is due to them being whitewashed with the actual volcanic ash from around the island. This architecture is seen most often when the foundation of buildings must be built downwards and sideways into the surrounding pumice. In regards to the blue domes found on some buildings, they are primarily situated on the churches around the island, for seemingly no other reason than to create a stark contrast to the white hues of the building walls.

Visitors to Santorini will encounter 2 basic seasons, a dry and warmer season that stretches from the months of April to October and a cooler and rainy season that spreads from November to March. The best aspect of the climate throughout Santorini is that the temperatures rarely dip below 50°F or raise higher that 85°F throughout the year, so temperatures are rarely ever too uncomfortable.

Things to Do in Santorini

Santorini hasn’t become a hotspot for tourists simply because of its enchanting architecture, it’s also due to the myriad of things to do, restaurants to dine in, and sights to see all around the island. If you are looking for a birds eye view of the island, you can take a Santorini helicopter flight around the best spots on Santorini. Experience a taste of delicious Greek wines by taking one of the many wine tours or tastings that are happening around the island. 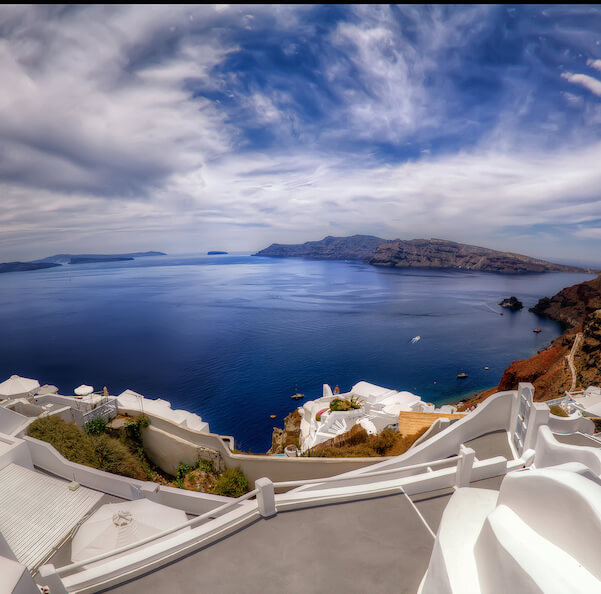 The town of Oia is particularly notable due to its Neo-Classical mansions and a couple of blue domed cathedrals. You will also find that the volcano setting lends itself to comfortable and relaxing hot springs that do well to relieve stress. If you would like to find out more about the lengthy history of Santorini, the Museum of Prehistoric Thera houses a wide range of ancient archeological objects and figurines. Travel to the Atlantis Books bookstore or the Mati Art Gallery if you want a small glimpse at the wonderful culture of Santorini. When it’s time to dine, you will find a myriad of restaurants consisting of a wide variety of cuisines all throughout the island, such as the relaxing Galini Cafe and Camille Stefani, the menu of which consists of authentic Greek cuisine.

As you can see, Santorini is not only a beautiful place, but also full of history and culture. If you’re planning a visit, we’d recommend anytime between Jun-Oct, the other months, you’ll find it more quiet, and cheaper, but there may need to be some planning done, as ferries or boats don’t travel as much to Santorini from the main land.

Notes: Top and bottom pictures attributed to flickr user –  szeke. Other thought to be in public domain.