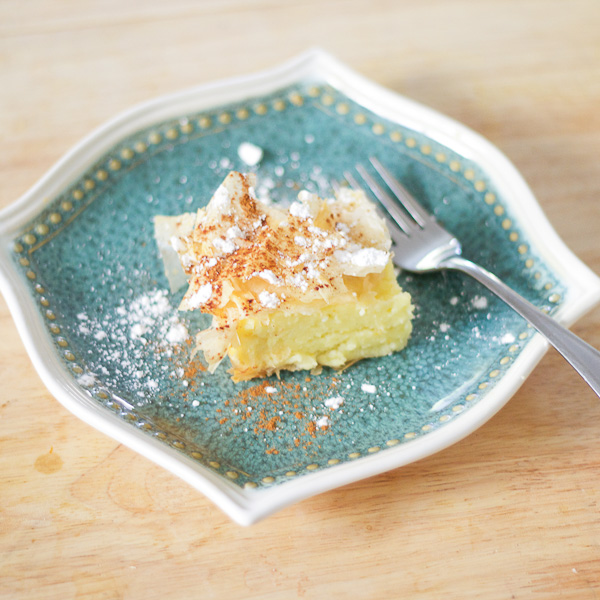 Hi everyone! This is our last autopost. We’ll be back soon so things will get back to normal.

We hope you enjoy today’s Greek dessert that’s rooted in the northern capital.

Have you ever been to Thessaloniki (Θεσσαλονίκη)? It’s north of Athens and is the second largest city outside of her walls.

It’s a nice city that unless you make plans to go, you won’t as it’s a bit far, driving there would take about 5 hours.

It’s a beautiful city that has some wonderful views of the Aegean and is the capital of the Greek Macedonia.

It’s cool to visit because Macedonia is where Alexander The Great (Αλέξανδρος ο Μέγας) was from. There is a lot of buzz surrounding him at the moment with the recent discovery of a tomb that could be his or his mothers. 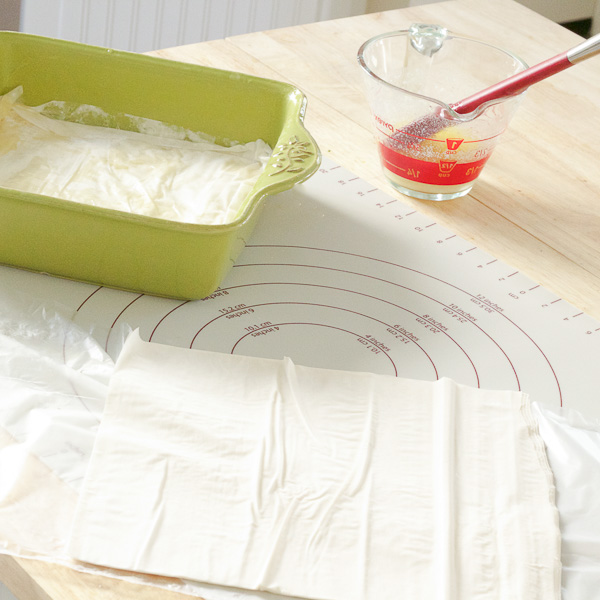 Anyhow, like any region, it has its own foods. This is a take on their vanilla pies know as, ” Bougatsa me krema”. Popular at breakfast time, we turned these into a little more of a dessert.

Jane and I added the lemon and orange to kick it up a notch and introduce different flavors into it.

Making this Greek dessert isn’t too bad, so don’t be intimidated if you’re new to phyllo.

Just remember to have your butter melted, pan greased, and working space ready before unwrapping it from the box. It also helps to put it in the refrigerator the day before to thaw out and take it out when you start the first step of this recipe.

Serving is per square, will vary depending on size.