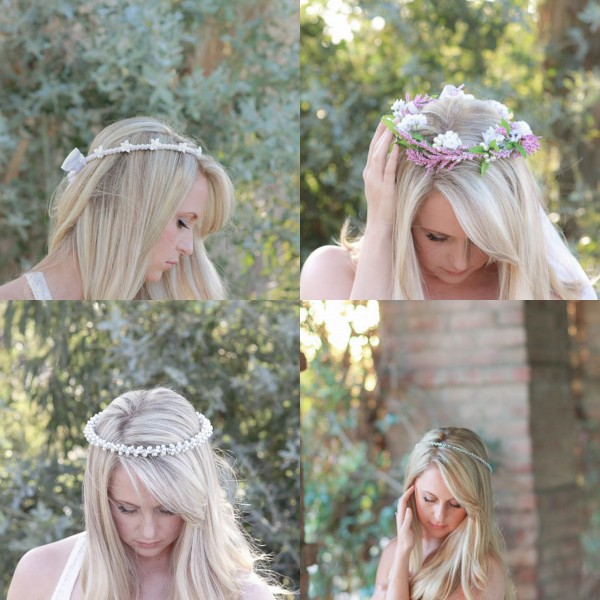 Greek weddings are among the most elaborate in the world, often utilizing a large number of customs and traditions during the ceremony. Tradition, in and of itself, is one of the core aspects of a Greek wedding. Marriage is also one of the seven sacraments of the Orthodox Church. Within wedding ceremonies, Greek wedding crowns, or Stefanas, are used to symbolize the beginning of a union, much in the same way that wedding rings are. To get a closer look at what a Stefana really is, the following will provide an in-depth look at Greek wedding crowns, their history and the importance that these crowns hold in a Greek wedding.

What a Stefana Is Designed For

In essence, the Stefana is a wedding crown that is placed onto the heads of both the bride and groom during the wedding ceremony. The crowning ceremony typically takes place directly after the betrothal, in which the rings are placed on the heads of the bride and groom. A crown is first placed onto the grooms head, after which a chant, or crown blessing, will be spoken by the priest a total of 3 times. This blessing goes like “The servant of God, (name of groom), is crowned unto the handmaiden of God, (name of bride), in the name of the father, and of the son, and of the holy spirit. Amen.” Once this has been recited three times, a crown will be placed onto the head of the bride and the priest will recite a similar blessing a total of 3 times, with only the locations of handmaiden of God and servant of God switched around. Once both blessings are spoken, the crowns are removed from both the bride and groom. In modern times, these crowns are typically comprised of silver and gold. However, the materials used to make them have changed significantly over history, with the first crowns being made from olive branches and lemon blossoms.

As is the case with the vast majority of ceremonies within modern Greek weddings, the tradition of having a crowning ceremony began in ancient times, when they were made from olive branches, lemon blossoms and vine leaves, all of which were plants devoted to Aphrodite. There were also specific areas of Greece during ancient times in which the crowns were made from asparagus. Those that used asparagus in the creation of these crowns did so due to the belief that the thorns and rough dirt that the plant grew in symbolized a union of fertility and serenity. The tradition of placing crowns onto the heads of the bride and groom during the ceremony hasn’t changed all that much since ancient times, due primarily to the consistent efforts by the Orthodox Church to ensure that the traditions remain concrete and intact from their origins. 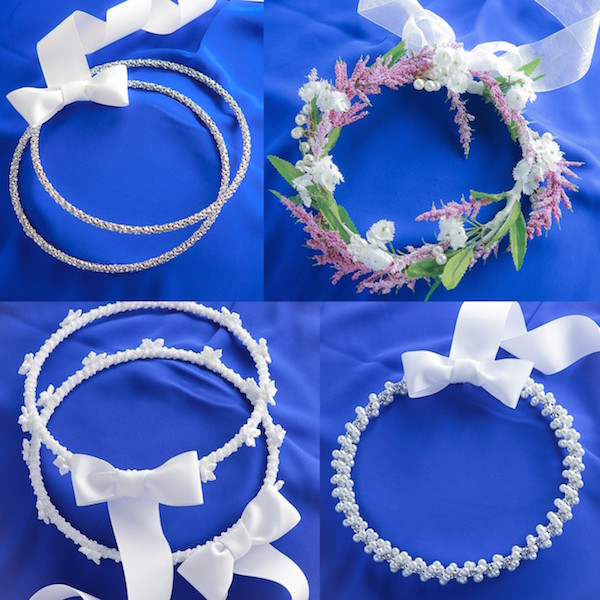 Despite this, a few things have changed. In the past, the crowns would be worn by the bride and groom for a period of a week following the conclusion of the wedding, after which the crowns would be officially removed at a special ceremony by the priest that officiated the wedding. In modern times, wearing the crowns for a week would likely be too complicated, which is why most weddings only necessitate a small ceremony to happen directly after the honeymoon, during which the crowns don’t have to be worn. In ancient Greece, everyone at the ceremony wore crowns fashioned with similar materials to the ones worn by the bride and groom. This is not the case during modern times. When the crowns are placed on the heads of the bride and groom, they are recognized as the king and queen of their new family.

Its Role And Importance in a Greek Wedding

Along with the service of betrothal, the koumbaro/koumbara, the common cup and the ceremonial walk, the crowning of the Stefana is one of the most important aspects of a Greek wedding. They are partially meant to symbolize the honor and glory that is being given to them by God when the crowns are placed on their heads, as a means of displaying the importance of the marriage. These crowns are oftentimes joined by a ribbon, which is supposed to highlight the unity of the new couple. Once all the blessings have been made, the crowns are interchanged three times in order to seal the union forever. It is the placement of the crowning of the Stefana towards the end of the wedding ceremony that highlights the importance of these crowns in a Greek wedding. The crowns are removed from the bride and groom after the honeymoon in order to represent the beginning of their new life together, which the priest asks God to bless and make long and happy.

Jane and I are planning for our wedding  ( It happened, and we wrote an entire post about it, with pictures: Overview Of A Greek Orthodox Wedding), and when it came time to look for our stefana for the wedding ceremony, we had a hard time finding ones we liked. Some of them were either too expensive or took up to 12 weeks to get. Unfortunately, Jane and I, even in preparing for a wedding, have a hard time planning 3 months ahead. The ones we did see, Jane found that she always wanted to alter them. I mean, these are a part of the wedding ceremony. They will be in all the pictures as you’ll be wearing them during the service.  Moreover, she wanted the stefana to be sturdy as these are things you keep and cherish due to its significance of your union of marriage. While we don’t invoke the ancient tradition of wearing them for a week after the ceremony, its symbolizes something that we must always remember as a married couple and they deserve to be kept and treasured.